Homepage FatihFatihFatih in History
-A A+ 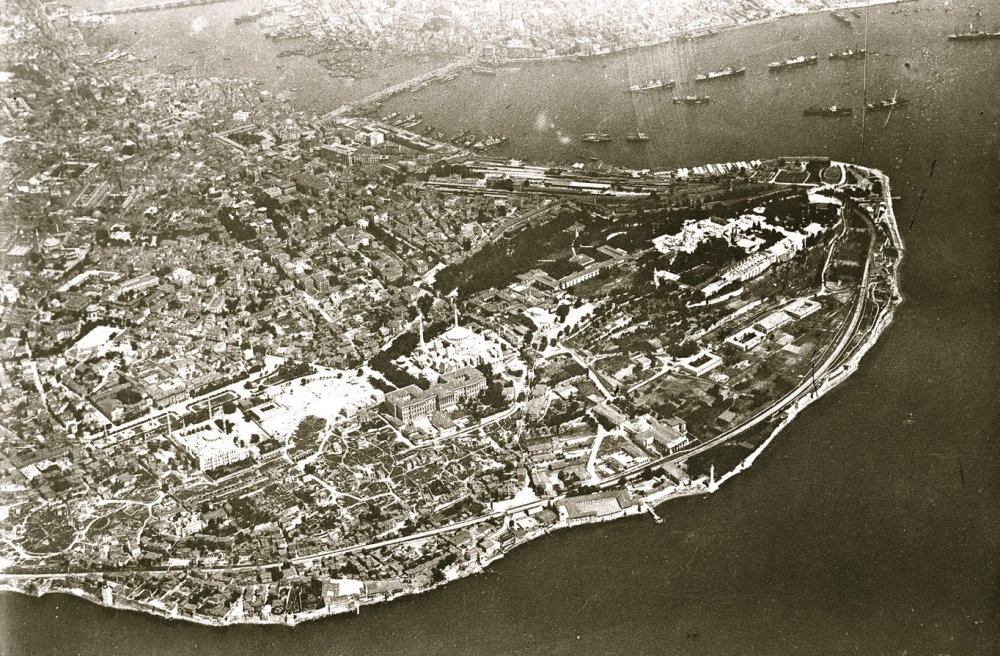 This region that is at passageway from Asia to Europe has been home to diverse settlements from Paleolithic, Neolithic, and Bronze Age onwards. The first findings on history of the Historic Peninsula are from the Neolithic Age and are discovered at Yenikapı, during excavations for Marmaray. The Neolithic Age that corresponded to 6500 B.C. was when human beings started agricultural production, domesticated plants and animals. During this period, consciousness increased on writing, calendar, mathematics, construction and urbanization.

At excavations conducted at Sarayburnu, under Sultanahmet Square, findings dated to 5000-3000 B.C. were discovered. In the light of these findings it could be argued that the region has been inhabited for about 8500 years.

The first significant civilization at the Historic Peninsula were the Megarians that wanted to be a part of Mediterranean commercial network and benefit from trade of wheat. The Megarians settled in Sarayburnu area in 660-670 B.C. to establish a colony. It is known that before the Megarians this area was inhabited by the Thracians, Phrygians, and Bithynians. The Megarians enslaved resident people in line with the Spartan tradition and established Byzantion town. This town thrived on sea trade and its port was on the first bay on the turn to the Golden Horn from Sarayburnu, the Prosphorion Port.

Established about 100 years before Byzantion, Rome grew with conquests and became the most important power at the Mediterranean. The vibrant commercial network on the Mediterranean was the source of both political and economic power of the Roman Empire. As the Empire grew old, it started to lose its effect and strength. The Empire was divided into two in 395 A.D. as the Western Rome and the Eastern Rome. Western Roman Empire could not resist pressure from North and went out of existence in 476 A.D. leaving its place to the Eastern Roman Empire where commercial life continued in all its vibrancy, that is the Byzantium.

The Eastern Rome (Nea Roma), was alive for one thousand years more after the demolishing of the Western Europe. One of the most important reasons of this was the New Rome being a political capital while also a large port and a production center having strong walls surrounding the city. The walls protected the city from invasions for a long time. Also the fact that the Venetians and the Genoese was in control of the active commercial life in the region brought the end of Nea Roma. Although the city was the capital of the European civilization until the Latin Invasion in 1204, following the invasion it lost its former strength and surrendered to armies of Mehmed the Conqueror in 1453.

The new capital of the Ottomans, the Suriçi (Walled City) Historic Peninsula regained its former glory before the Latin Invasion in a short time. Mehmed the Conqueror took upon reconstruction activities right after the conquest. Initially, the city walls that were destructed during the conquest were repaired. The neglected and worn out Ayasofya was repaired and transformed into a mosque. In Fatih, construction began for the Mosque and Complex bearing the Sultan’s name was started together with the Topkapı Palace. Sahn-ı Seman madrasahs that were established in Fatih Complex being foundations of today’s Istanbul University were also opened in this period. Aqueducts that remained from the Byzantine period were repaired and the Grand Bazaar was constructed. Also in this period municipal organization of the city was also created. Mehmed the Conqueror assigned Hızır Çelebi as the Şehremini (mayor).

Also new residential areas were created to develop the city after the conquest. Muslim populations from the Anatolia and Rumelia were encouraged to migrate to the city. Christian and Jewish populations from various areas were also brought to the city and settled at certain areas. Only 50 years after the conquest, Istanbul with Historic Peninsula at its center became the biggest city of Europe, a center of science and arts. 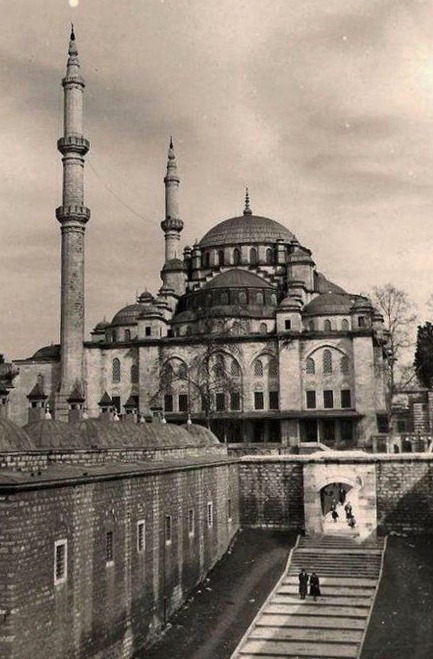 The earthquake on September 14th, 1509 that cast its mark on the 16th Century and that is also known as the “Little Apocalypse” damaged the city to a great extent. The earthquake that lasted for 45 days caused great damage on thousands of buildings, there was not even one minaret that was left standing in the city. Many monuments at the Historic Peninsula that is the city center were either destroyed or damaged.

By Sultan Bayezid II (1510) the city was almost re-established with employment of 80,000 persons. The Historic Peninsula received its share from this recovery and several immortal monuments remained to this day from that period.

The 46 years of reign of Suleiman the Magnificent between 1520 and 1566 was a period of growth for the Empire’s capital Istanbul as well as the state. During this period several invaluable monuments were built in Istanbul many of which remained standing to this day. The city had a wealthy supply of water with new dams, aqueducts, waterways, and fountains. Istanbul was adorned with madrasahs, caravanserais, Turkish baths, gardens, and bridges, gaining the complete look of a capital city. Again in this period the Golden Horn Port became one of the busiest ports of the Mediterranean.

The reign of Suleiman the Magnificent witnessed some major catastrophes. The plague pandemic affected Istanbul frequently during this time. Fire in 1554 destroyed the area from Ayasofya to Tahtakale to a major extent. In 1554 strong wind led to rising level of sea waters and overflowing rivers, causing many people to drown. Flood as a result of heavy rain in 1563 caused even greater damage.

During the Tulip Age the city experienced many changes and innovations. Inspired from projects in Paris and Vienna, Grand Vizier Nevşehirli Damat İbrahim Pasha started housing projects in Istanbul. Initially the area around the Golden Horn was reclaimed and Golden Horn shores was made promenade areas. Many mansions and gardens were built at neighborhoods in and outside the Suriçi (Walled City). The neighborhoods that were destroyed in fires earlier were reconstructed.

The Tanzimat Period was started in November 3rd, 1839 when the reforms were read to the public at Gülhane Park of Topkapı Palace. During this period, westernization was accelerated and renovations were seen in Istanbul and the Historic Peninsula from architecture to lifestyle, education institutions to industrial organizations. During this time the city started to expand from the Suriçi (Walled City) to Bakırköy and in Galata towards Teşvikiye. Along the Bosporus the city grew towards Sarıyer and on the Anatolian side towards Bostancı and Beykoz.

During the Tanzimat Period, classical Ottoman architecture was abandoned and new structures were constructed in Westerns styles such as baroque, rococo, neogothic, and imperial. This change in style even penetrated into architecture of mosques.

This period also witnessed significant developments in infrastructure and urban services. Building a bridge on the Golden Horn, the tunnel (metro), Rumelia Railroad, opening of Şirket-i Hayriye that made local sea transport, establishing other municipal units of Şehremaneti (Municipality) organization, establishment of the first telegraph line, formation of Police Ministry and connected police stations, opening of Vakıf Gureba Hospital are among these developments.

The Tanzimat Period opened a new chapter in history of Istanbul. (August 31st, 1876). However, the Turco-Russian war that started a short time after (April 27th, 1877) caused panic in the city. Because of its proximity to the Rumelia front, Istanbul suffered many pains of the war. Dispatch of soldiers from the city to the West combined with patients and the wounded that came from front together with immigrants from Rumelia that escaped from the war caused many problems in the city. These immigrants tried to live in mosques and schools, in wooden and tin sheds in poverty.

In this period, the Historic Peninsula of Istanbul also experienced a major earthquake. Known among the public as “Three hundred and ten Earthquake” the 1894 earthquake caused severe damage to the Suriçi (Walled City). But, repair works started immediately.