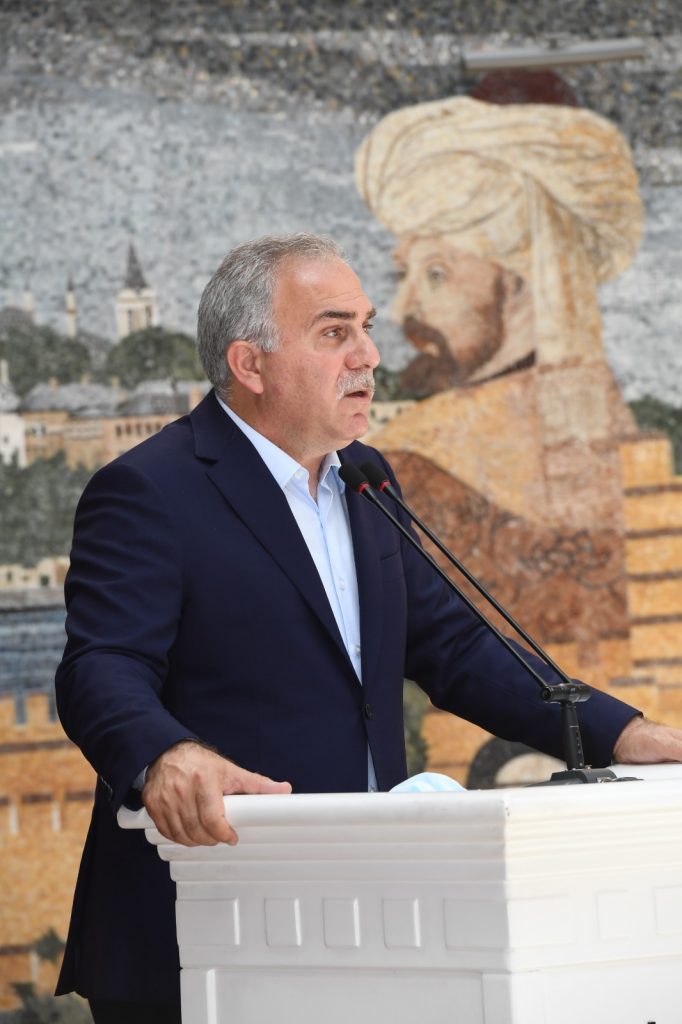 Mehmet Ergün TURAN was born in Istanbul in 1967. Originally his family is from Trabzon.

He received his undergraduate degree from Civil Engineering department of Istanbul Technical University. He was engaged in commerce in foreign commerce and construction sectors for several years when he conducted engineering and execution processes of many projects.

In the scope of public sector experience, he served as Deputy Chairman of Technical Affairs at Güngören Municipality between 1999 and 2005, Member and Chairman of Zoning Commission at Istanbul Metropolitan Municipality (IMM) Assembly and as Member of IMM Council.

He was active in urban planning, structure and city culture, conventional architecture; Turkish houses, the Seljuk and Ottoman architecture, settlement culture in Anatolia; local architectural tendencies, Istanbul and the historic peninsula together with local government in social, cultural, and economic scales and development models and conducted studies in these areas.

During his Chairmanship at TOKİ (Housing Development Administration of the Republic of Turkey), Mehmet Ergün TURAN, pioneered construction of over 200,000 residences all around Turkey all having at most 6 stories as directed by President Recep Tayyip Erdoğan and in the framework of horizontal architecture, local architecture, and principles of neighborhood culture. He was active in studies of National Gardens that are being built and opened in all cities starting from Istanbul. Turan, adopted “human centered and human scale” settlement in the framework of sustainable environment and the city as his basic architecture and engineering principle.

On November 30th, 2018 he quit his position as the Chairman of TOKİ to present his extensive experience in the public sector and local government to Fatih that is the heart of Istanbul and precious stone of our civilization and its residents.