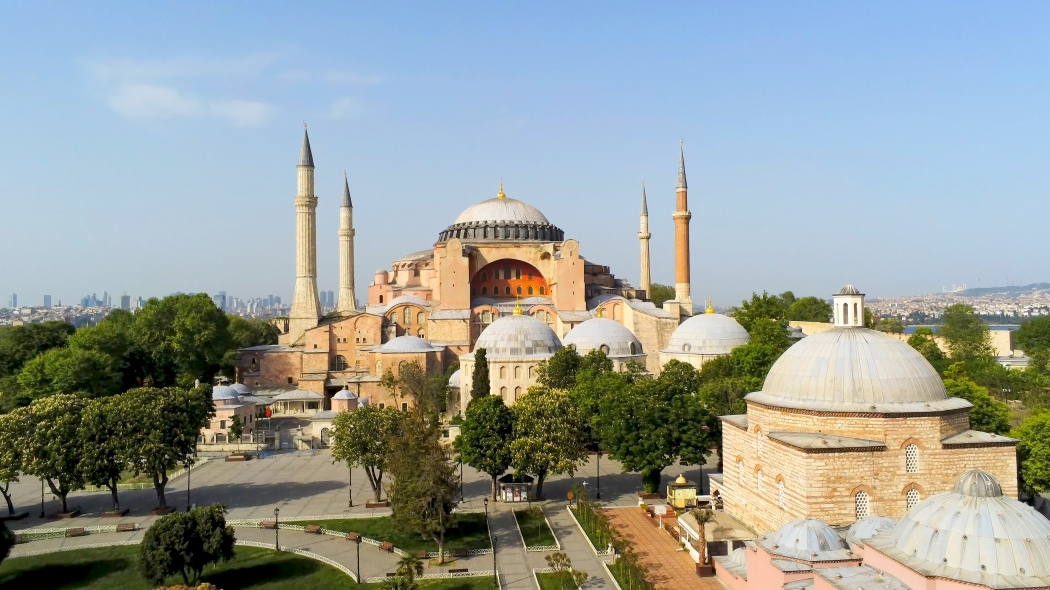 Constructed by the Byzantine Emperor Justinian the 1st between 532 and 537 at the old city center at the historic peninsula of Istanbul as a basilica-plan patriarchal cathedral. After conquest of Istanbul in 1453 by the Ottomans, it was converted into a mosque by Mehmed the Conqueror. The greatest sanctuary in the city, Hagia Sophia Church was converted into a mosque by Mehmed the Conqueror after the conquest with the name Ayasofya (The Hagia Sophia) as a symbol of the conquest. Mehmed the Conqueror attended the first Friday prayer here after conversion into a mosque. Architecturally, Ayasofya is a domed basilica uniting the central plan and in terms of its pendentives and load bearing system, it is considered to be a significant turning point in history of architecture. 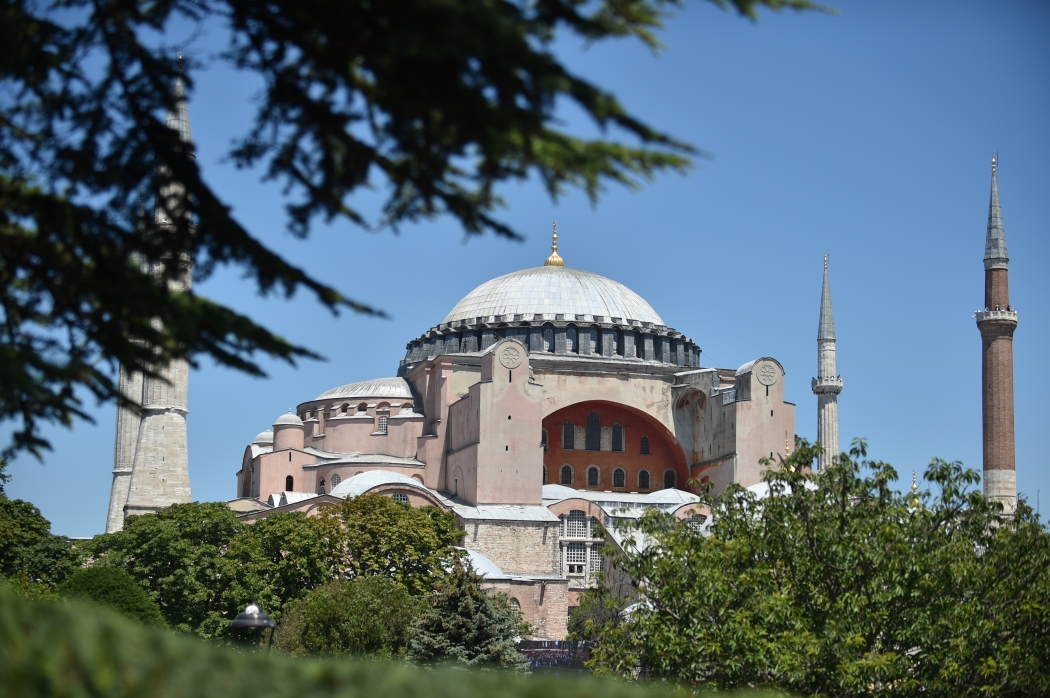 While the main structure of Ayasofya architecture was built in basilica style that is a dominant plan in Christian religious structures, two architectures covered the top of the central space of this structure with a grand, surbased dome with about 31-33 meters in diameter with pendentives that constitute a whole like a billowed sail. In order to compensate for pressure created by this major mass, semi-domes that descend and get smaller in stages on west-east axis were built, while at the sides pressure was met by bearings, vaults and arches in galleries and on side walls. 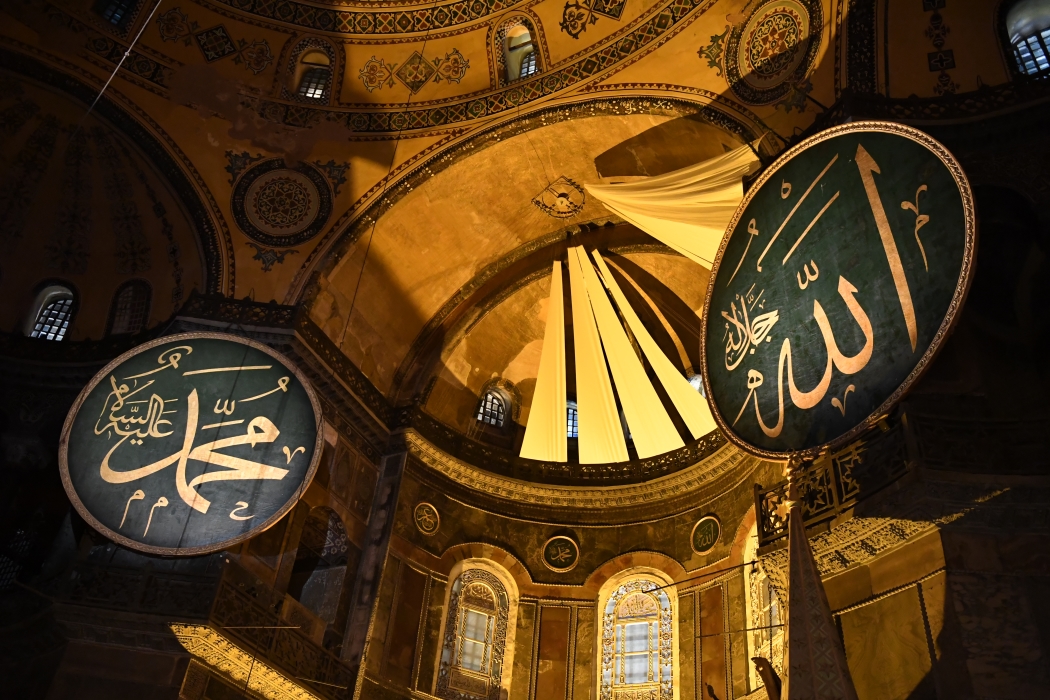 Ayasofya was able to stay standing thanks to large support stays constructed both in Byzantine and in Turkish periods. Mehmed the Conqueror prevented destruction of Ayasofya, after praying here for the first time he endowed the mosque as the first monument of his charity and had a theological school constructed right next to it. The school went through various reconstructions in time. 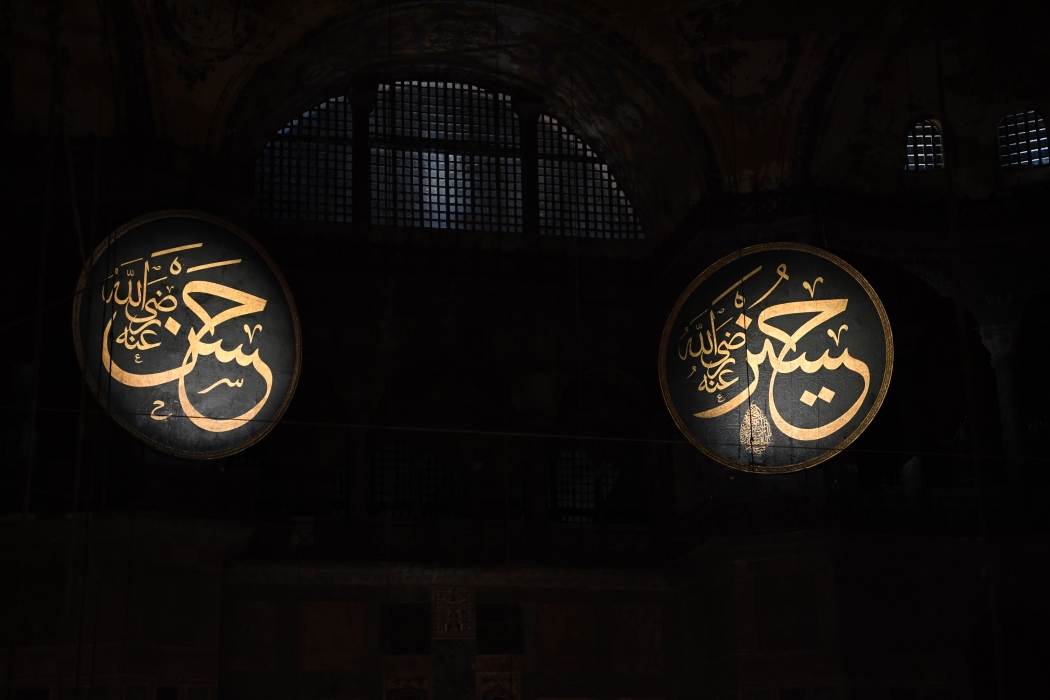 While the mosque was transformed into a museum, some of the plaster was removed and mosaics saw daylight again. The Ayasofya structure there is today is the third church built at the same location thus known as the “Third Ayasofya”. The first two churches were destroyed during uprisings. The central dome of Ayasofya that was the largest dome of its time collapsed once in Byzantine period and never collapsed after Architect Sinan added the support stays 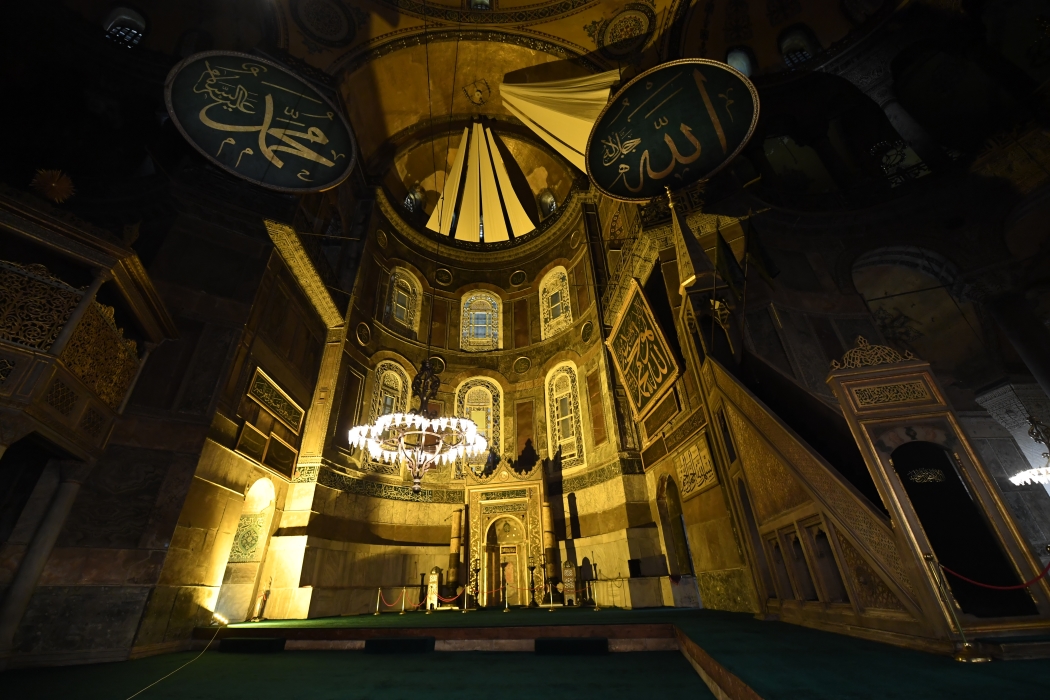 Mehmed the Conqueror ascribed great importance to Ayasofya and ordered for its cleaning and conversion into a mosque, but did not change its name. Its first minaret was constructed at his time. Although Ottomans preferred using stone in such structures, this minaret was constructed using bricks to for construction to progress faster. Another minaret was added during the reign of Sultan Bayezid the 2nd. In the 16th Century Sultan Suleiman the Lawgiver brought two giant lamps from a church in Hungary after its conquest. Today these lamps are at two sides of the praying niche.

The process of reinstating Ayasofya's status as a mosque was started in 2005. The court case that was opened in 2005 was rejected by Department 10 of the Council of State. The case that was reopened in 2016 was also fruitless with decision taken in June 2018 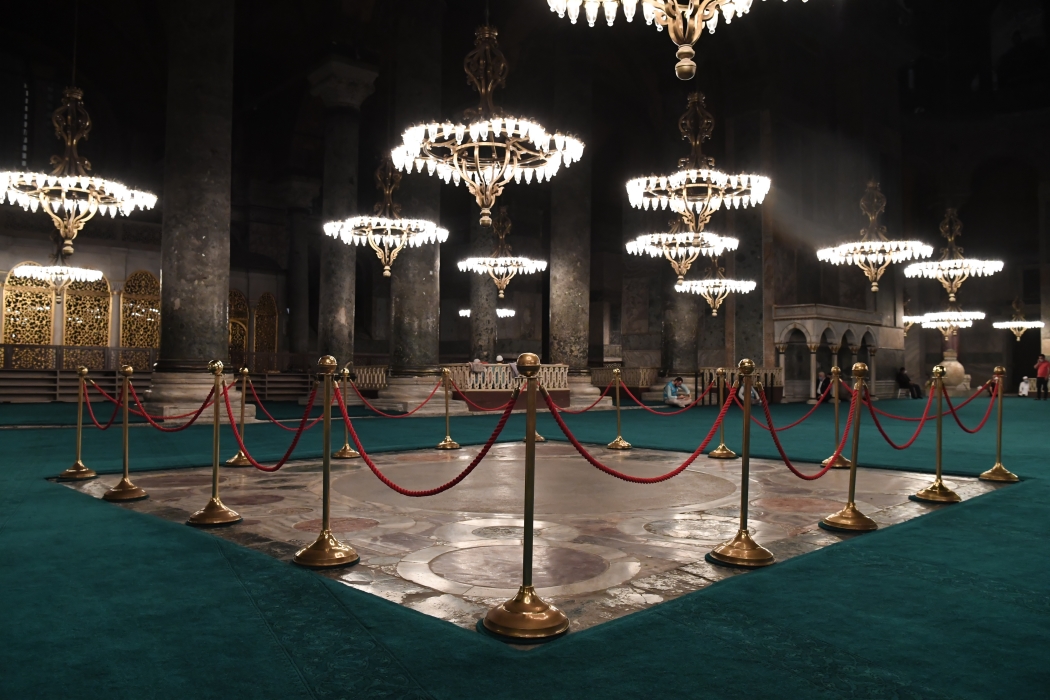 In October 2016, Directorate of Religious Affairs assigned a principal imam to the Sultan’s Pavilion (Hunkar Kasri) that was the area open to religious services for the first time. As of 2016 regular prayer started at the Sultan’s Pavilion and call to prayer was recited from its minarets 5 times a day reciprocally with the Sultanahmet Mosque. On May 29th, 2020 on the 567th anniversary of Istanbul’s conquest, the Surah Al-Fath (Conquest) was recited. Following such developments Ayasofya’s reinstatement as a mosque was once again brought to the agenda. 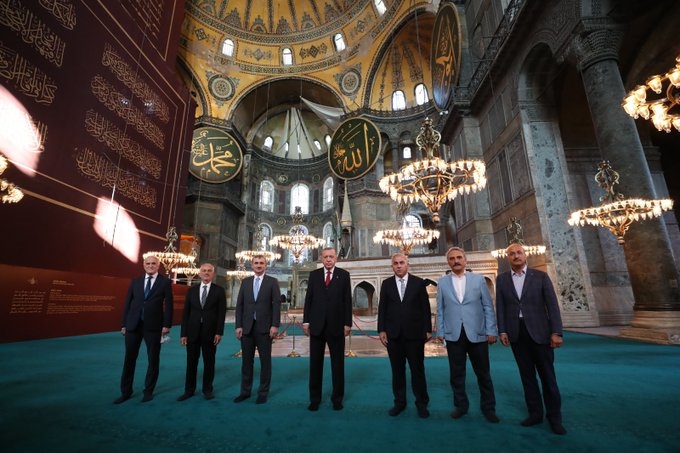 Thus with Presidential Decree numbered 2729, Ayasofya was transferred to the Directorate of Religious Affairs and reassumed its status as mosque. Ayasofya that served as a museum for 86 years was reopened to worshipping on July 24th, 2020 following the Friday prayer attended by President Recep Tayyip Erdoğan.

Ayasofya served to both Christians and Muslims as a church for 916 years and as a mosque for 481 years. Since 1984 it is on UNESCO World Heritage List.