Homepage News2nd Football Tennis Tournament was organized: 69 Teams and 276 Players Participated
-A A+

The Football Tennis Tournament, which was organized for the second time by Fatih Municipality and participated by 69 teams and 276 players, was held with the participation of Fatih Mayor Mehmet Ergün Turan. 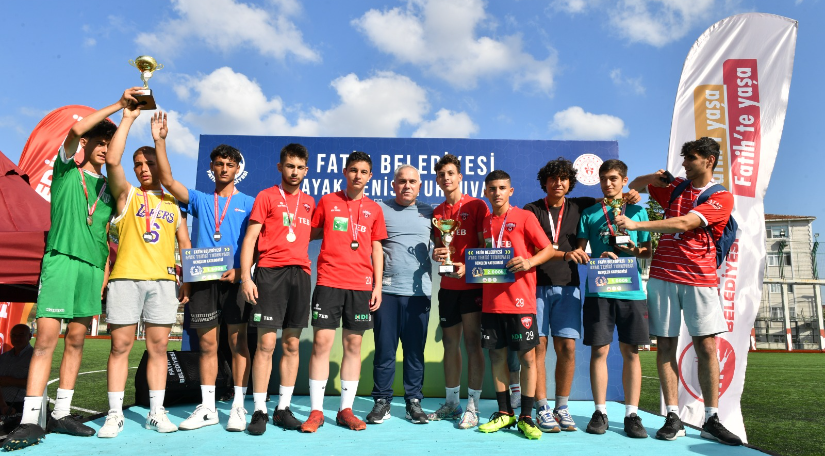 In the tournament held at Mimar Sinan Stadium on August 20, 2022, 69 teams and 276 players competed in the categories of adults, youth, stars and juniors. Teams participated in the tournament with 3 permanent and 1 substitute players. Sets were played over 15 points in the tournament, where the rules applied by the Football Tennis Federation were implemented. The players ranking highest in the tournament were presented a cash prize between 500 and 2,500 TL. Fatih Mayor Mehmet Ergün Turan also played football tennis with youngsters during the tournament.

Making a statement about the tournament, Mehmet Ergün Turan said: "This year, we are holding the second football tennis tournament. Our aim in all sports competitions is to make youngsters incline towards sports. Football tennis is one of the important branches for youngsters to turn to sports. It will continue next year as well. I hope it will become a tradition."