August 30 Victory Day was celebrated with the concert "From the Front Line to the Future" held at Yedikule Fortress on its 100th anniversary. 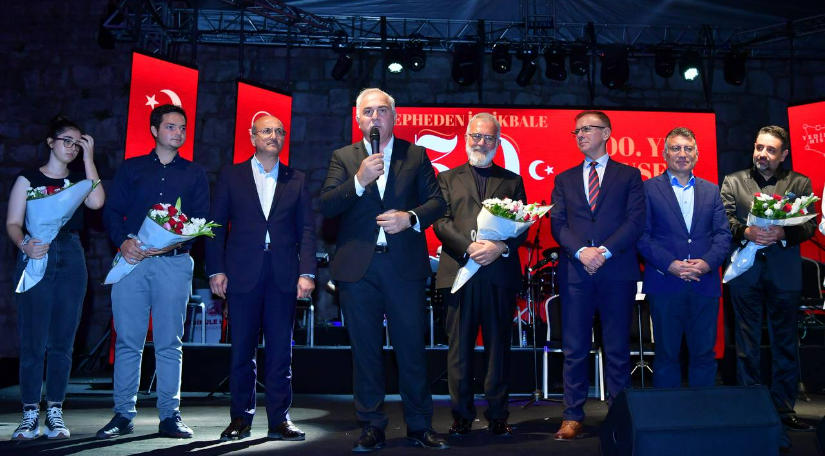 Our municipality celebrated the 100th anniversary of the 30th of August Victory Day with the program "From the Front Line to the Future". In the program, which was held in the historical atmosphere of Yedikule Fortress, the spirit of the national struggle and August 30 was reflected on the stage with the lyrical narration of Bahadır Yenişehirlioğlu and the folk songs performed by Adile Kurt Karatepe, Elif Güreşci and Tuncay Kemertaş, the popular voices of Turkish Folk Music and Turkish Music. The musical director of the program was Prof. Dr. Turan Sağer. Our Mayor Mehmet Ergün Turan and AK Party Istanbul Deputy Abdullah Güler also participated in the program, which attracted great interest from Fatih citizens.

Our Mayor, Ergün Turan, who made the opening speech at the program, said: “Praise be to Allah that today we are celebrating the 100th anniversary of the 30 August Victory, on which our beloved nation broke the chains of captivity that was intended to be put on it and wrote a glorious epic of resistance. I commemorate our heroic soldiers with mercy and gratitude, the Commander-in-Chief, Veteran Mustafa Kemal Atatürk, and the representatives of our Grand National Assembly, who gave us this victory, which is one of the most important and critical defining moments of our history. I congratulate all our compatriots from Fatih and our country on the August 30 Victory Day with my sincere thoughts. We have gathered here today to relive and keep alive this cherished memory, which has great meaning and importance for us. Allah willing, we will celebrate the centennial of our victory with a special concert tonight at Yedikule Fortress, a special venue."