Grand Bazaar Welcomes Its Guests With Its Renovated Appearance

The most comprehensive restoration work in the history of the Grand Bazaar is soon to be completed. 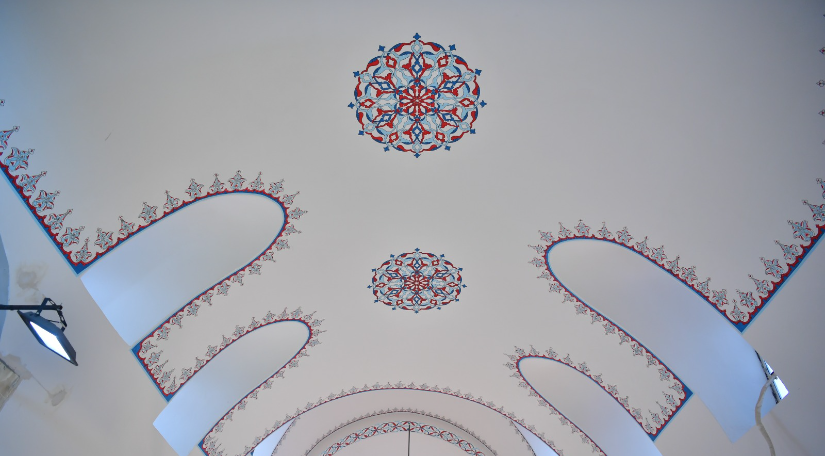 The world's largest and oldest indoor bazaar, where the restoration is carried out by the Governorship of Istanbul, Fatih Municipality and the Grand Bazaar Administration and the implementations are executed in line with the decisions taken by the Scientific Advisory Board, welcomes thousands of guests every day with its new appearance.

With the Grand Bazaar Restoration Project, where the works are carried out under the supervision of Fatih Municipality, the Grand Bazaar, the world's first shopping center with a 562-year history, has gained a brand new appearance. The new version of the Grand Bazaar, with its reinforcement works, hand-drawn applications, modernization of the electrical infrastructure system and lighting works carried out for the first time in its history, almost challenges history.

Since the Grand Bazaar has been exposed to many earthquakes and fires throughout its history, structural cracks have occurred on the structural walls, domes, vaults and arches that make up the building due to the damages, ground settlement and the effects of earthquakes. In the areas where these structural cracks were found, firstly plaster scraping was performed to get to the source of the problem. Then, in order to eliminate the problem, various reinforcement methods such as injection molding, seaming, carbon mesh reinforced nets and reinforcement with stainless steel elements that would solve the problem at its source were applied to solve the problem at its source. In addition, the tension elements that had lost their cross-section over time and had been destroyed were renewed by preserving their originality. Mini piles were driven into the ground without damaging the originality of the building on the main walls and column foundation bases where ground settlements were observed. Through this process, both the settlements in the ground of the building were prevented and the load-bearing elements of the building were reinforced. With all these applications, the bazaar was strengthened and necessary measures were taken against the earthquake risk.

When the historical photographs taken in the bazaar at the end of the 1800s were examined in detail, it was discovered that there were differences in terms of on-site application, design and form of pattern between the original decoration and the current hand-drawn decorations. They were revised in accordance with the late period examples through pattern analysis studies, taking into account archival visual data, patterns, and the period and styles. The hand-drawn applications were initiated with the collection of documents, hand-drawn ornament analysis, and color analysis works. Currently, hand drawn applications have been completed throughout the bazaar and the Grand Bazaar has regained its former harmony.

Being both a monument and a cultural heritage, the restoration works in the Grand Bazaar were carried out in the evenings and on weekends when the bazaar was closed in order not to affect the commercial activities in a negative way. The materials used in the floors and travertine pavements were selected with utmost care in order to preserve the historical texture of the Grand Bazaar and reveal its integrity. Various samples were taken from different quarries for the travertine pavement, which was selected by the Scientific Advisory Board consisting of experts in their respective fields and approved by the Council of Monuments. These samples were subjected to various tests such as compression strength and abrasion resistance. As a result of these tests, the travertine stone of the quarry in Mersin's Mut district, which achieved the best results and was approximately 1.5 times better than the other samples, has taken its place on the floor of the Grand Bazaar.

Many of the old electrical and weak current lines of the Grand Bazaar were in great disarray as they were constructed in a haphazard and irregular manner. While this situation was an invitation to possible fire disasters; the internet infrastructure in the bazaar, which is at the heart of commerce, also needed to be modernized. For this reason, in order to meet the increasing energy demand of the bazaar, state of the art busbar system and smart meter systems were used to modernize the electricity infrastructure. Thanks to the busbar system, the unsightly disorganized wiring appearance in the bazaar and even more importantly, the possibility of malfunctions and accidents have been eliminated as there is no mobile cable system, and the internet infrastructure has also been strengthened. Thanks to this fire-resistant system, the bazaar has now become more secure.

THE FIRST LIGHTING APPLICATION IN THE HISTORY OF GRAND BAZAAR

In addition to all these, the lack of street lighting required for the Grand Bazaar was addressed and lighting work was carried out for the first time in the history of the Grand Bazaar. Within the scope of the lighting works conducted under the supervision of the Scientific Advisory Board, the anthology of various building lighting projects was reviewed and square lighting projects were prepared. Framing works were carried out for the streets to meet the needs of the bazaar. The Grand Bazaar now welcomes its guests with its new appearance.

The historical Grand Bazaar, which serves on a total area of 40 thousand square meters, is the largest indoor shopping center in the world with 3 thousand 125 shops, 97 different products, 25 thousand employees, between 300 and 500 thousand visitors daily during normal times, 64 streets, 5 masjids, 2 bazaars, 7 fountains and 22 gates. The most extensive restoration work to date is coming to an end in the historical Grand Bazaar, which is one of the symbolic buildings of Türkiye and the world and which can be described as the heart of trade in Istanbul for nearly 600 years.